Red Rocks Amphitheater located in Morrison, Colorado has been, year by year, named the best outdoor venue in the United States. Every year, new shows and experiences are announced for fans from all over the world to come to Colorado and experience what the locals call “Red Rocks Season.” Mid April through September, with a few shows sprinkled in between, Red Rocks brings the best artists and fans to come together in a beautiful venue located at the foothills of the Rocky Mountains.

Red Rocks is the world’s only naturally occurring acoustic amphitheater has hosted iconic shows such as The Grateful Dead, The Beatles, Stevie Nicks and more. The venue brings in dozens of artists from every genre, making it easy to find a show that would work for anyone in your crew.

Along with the concerts at the venue, there are numerous trails for day hikes, incredible views of the foothills and downtown Denver, as well as “the lots” – gravel parking lots that come to be full mid day of a show for the infamous tailgates. If you have extra time, there’s a museum inside that includes tons of local art and posters from years past of your favorite artists who have played the iconic venue.

After so many announcements of some of the schedule this year – we’re thrilled to share some shows we’re most excited about! I’m a firm believer that no matter what show you go to here, it will be an incredible time – just for experiencing the venue alone. For a full list of events happening in 2020 – head over to the calendar on their official website: https://www.redrocksonline.com/concerts-events/calendar 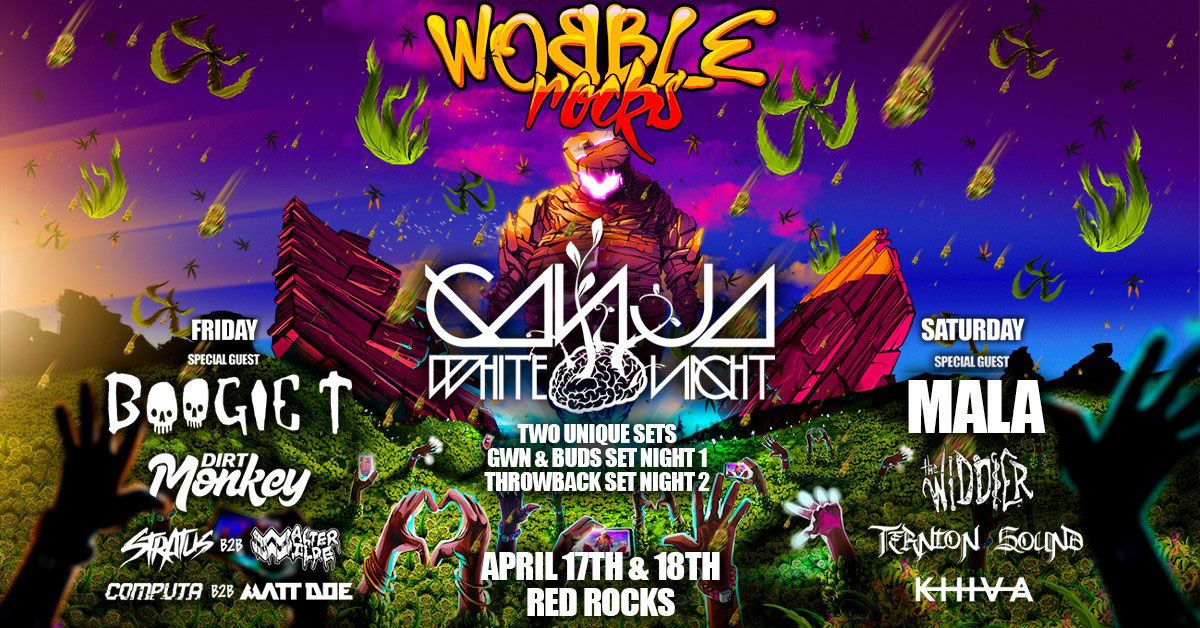 Ganja White Night’s first official headlining show on the rocks, and they’re bringing insane talent to back them up. For two nights this year in April (could be a bit chilly!) we’re going to dance the night away with some of our favorite electronic acts such as Boogie T,  Dirt Monkey, The Widdler and of course, GWN. Playing two nights, the first night will be more of their newer sound and music as well as some artists that share a similar sound. Night two is specifically a throwback set, which long time fans are so excited to hear some of their favorites from back as far as 2010. This is one of the first shows of the season and is sure to bring in lots of excitement and dancing for the summer to come. 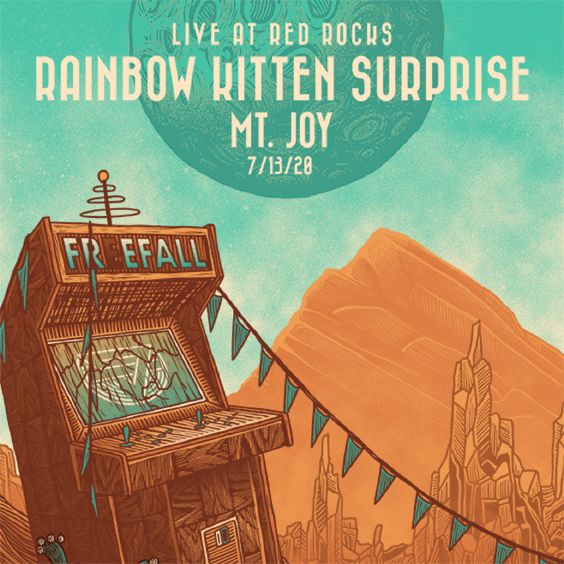 After a successful show last year, RKS is scheduled to come back to Red Rocks with Mt. Joy. After night 1 sold out so quickly, they added a second date. With their popularity rising, this will be a great show to catch on the rocks. Rainbow Kitten Surprise has also partnered with PLUS1, donating $1 to every ticket towards securing Equality NC. The weather will be warm, the stars will be out and the music will be great (but aside from the weather this goes for any show you’d catch there!)

Reggae on the Rocks: 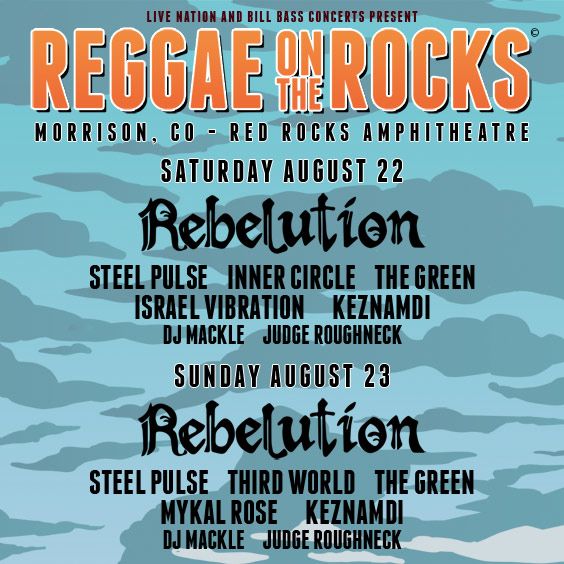 A local year-to-year favorite, Reggae on the Rocks is bringing a stacked lineup for this year. Bringing in household names to those who love reggae such as Rebelution, Steel Pulse, Innercircle, and newer names that we’re excited to learn about, this show isn’t one to miss. For two nights this year, you can go experience the good vibes of Reggae on the Rocks.

Of course there are many shows throughout the year we’re excited about, and this doesn’t even cover most of them. We highly recommend checking out the website and seeing who all is coming! There is truly something for everyone, and it’s a night you won’t forget! Local’s tip: if you’re in the area and the show isn’t sold out yet – head to the Denver Coliseum on Saturdays from 11-3 to grab a ticket without the online fees!

See you on the rocks!

[…] This is a given, as it’s won so many awards that Pollstar named their “best venue” award “Red Rocks Award”, we aren’t even going to go into detail since we have a different article written just about the venue and the shows we’re excited about this summer! Check out that article here.  […]